Marshal Rogiers was shot and killed after stopping a vehicle for speeding just outside the city limits. During the stop he determined that the driver had an outstanding warrant from San Antonio. When he attempted to arrest the suspect a struggle ensued. The suspect produced a handgun from his coat pocket and shot Marshal Rogiers in the head. Marshal Rogiers fell to the ground and was able to put out a distress call before being shot in the head a second time. He was transported to a local hospital where succumbed to his wounds the following day. During the trial, the chief medical examiner pointed out that the first shot was a stunning, but non-fatal blow to the side of the head, which would have caused him to fall to his knees, defenseless, but still alive. While he was down on his hands and knees, he was shot again at point-blank range, execution style to the back of the head. Officer Rogiers never had the chance to take out his service weapon. The suspect was convicted of capital murder and sentenced to life, which was 25 years. The suspect eligibility for parole was year 2004.

Marshal Rogiers had been with the agency for five years and was survived by his wife and son. ----source San Antonio Light, San Antonio Express News and Balcones Heights website 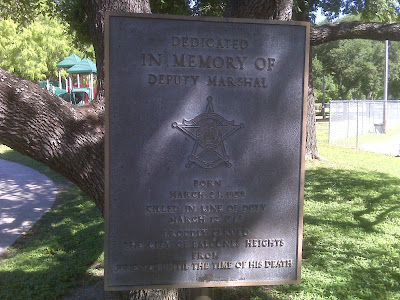 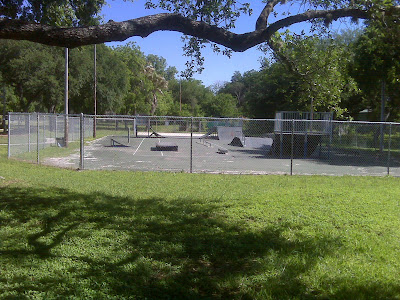 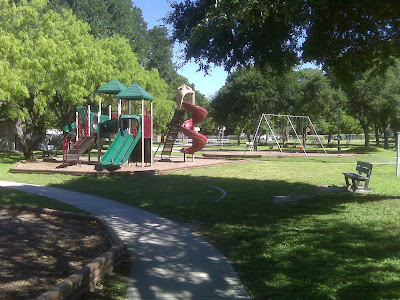 The Scotty Rogiers Memorial Run is hosted by The Blue Knights Chapter 12 once a year members start from Rogiers Park and ride their motorcycles to Officer Rogiers gravesite after a full day memorial service in Officer Rogiers honor. Officer Rogiers served in the U. S. Army SP4. 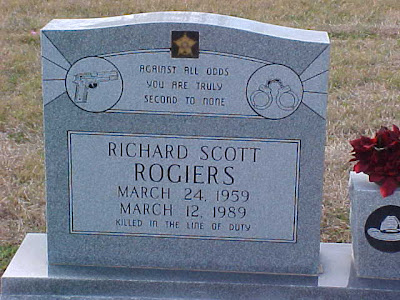 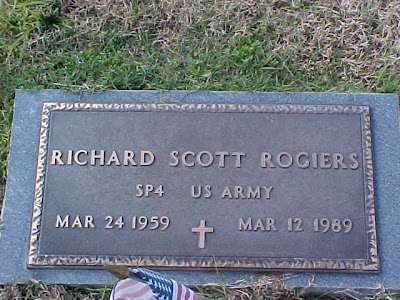 In The Line of Duty